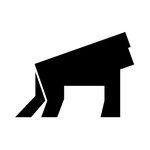 It is clear that tech bloggers had a great year on the Silvrback platform, garnering the top five single-day page views for 2015.

The top five blog posts for the year, based on single-day page views in Google Analytics, were all from tech bloggers. The single-day record for the site was smashed in December when nearly 57,000 views were recorded for a post by Brett Cannon on his article Why Python 3 Exists. Brett had two of the top viewed posts of the year.

Benjamin Bengfort's post from February 2nd, Getting Started with Spark (in Python), accumulated the second most total views for the year, 44,778, reflecting a persistent interest in the piece. Cannon's Python 3 article garnered the top spot with some 75,000 views, to date.

Since acquiring Silvrback in August, the new owners have streamlined site functionality and added a number of features to support tech bloggers, such as direct uploads from Github repos and other collaboration and blogger support. It appears the site has a relatively ambitious agenda for 2016, as well, based on recent announcements.